With the 2016 election cycle heating up already, a myriad of critical cannabis issues will be fought on the frontlines in a variety of forward-thinking states.

One state vying for the title of first Midwestern State to fully legalize cannabis is Ohio. With last minute signatures ResponsibleOhio, Ohio’s legalization campaign, managed to secure the required signatures to put a legalized recreational proposal on the upcoming 2015 ballot.

This Ohio proposal is unlike any of the recreational legalization proposals in that it would essentially create a monopoly, or an oligopoly, wherein there would be 10 licensed growing operations around the state that would be owned exclusively by the investors who are funding the campaign.

In the wake of some advocates noting that under ResponsibleOhio’s proposed initiative, production and distribution would be limited only to wealthy investors, Ohio Legislature has placed House Joint Resolution 4 on the November ballot. This measure would prohibit monopolies, oligopolies, and cartels conferring a commercial interest, right, or licenses to another person or entity that is not available to similarly situated entities from being written into the Ohio Constitution, which is precisely what ResponsibleOhio is attempting to do. Basically, if House Joint Resolution 4 were to pass, it would nullify ResponsibleOhio’s initiative even if it were to also pass.

With more and more states considering the financial and scientific positives of decriminalized and legalized cannabis, expect to see an increased number of issues being raised in the months leading up to what could be a very monumental election cycle.

Interested in learning more about the Ohio initiatives and details of the ResponsibleOhio campaign?

Read the full article on Leafly! 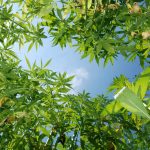 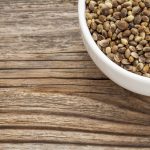