For every forward thinking head out there, there’s always a negative nancy who uses false data to suggest that current cannabis legislation is on track.

That’s why is important for cannabis lovers everywhere to change the dialogue in the conversation about legalization to implement and cite hard data that backs up the powerful positive aspects of the cannabis plant.

Recently, Leafly developed a list of 10 arguments backed up by data and research to provide a little more punch in your conversations about the legalization movement.

Some of these arguments, via of Lisa Rough of Leafly, include:

The World Will Not Collapse into Chaos – No, cannabis consumers are not going on violent rampages through the city. In fact, it’s quite the opposite — violent crime and property crimes have both decreased in Colorado since the state legalized recreational cannabis, and the London study we referenced in our 5 cannabis misconceptions article led to a large drop in crime rates after cannabis was decriminalized for a year.

Cannabis is 114 times Less Toxic Than That Other Legal Substance, Alcohol – In a comparative analysis on the risks of recreational drugs, alcohol was the top contender, while cannabis was considered the lowest risk, making cannabis literally 114 times safer to use than alcohol, a legal substance for adults ages 21 and up.

Want to have more ammunition for your legalization conversations? Take a look at the full list of arguments for legalization in the original article! 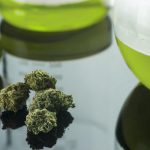