For many years, our governments have systematically restricted access and research of the cannabis plant. This stifling practice has stalled or halted numerous research campaigns while governments continue to paint marijuana as the cause, rather than the solution, to many of the problems in our societies.

Last week the Obama Administration made critical updates to the guidelines for the research and study of the cannabis plant. These new policies should hopefully help scientists and research with better access to the plant and will hopefully spur the initiation of more thorough study and investigation into the powerful medicinal, healing and restorative properties of cannabis.

Up until now, all marijuana research that is not funded by the government must go through a Public Health Service review, a requirement that applies to cannabis research only; no other controlled substances listed as Schedule I under the Controlled Substances Act are subject to the same process. As a result, the review process has been criticized by researchers and lawmakers alike.

The Public Service Health review was established in 1999 to ensure that all studies were scientifically valid, but often created a barrier for new studies. One must submit the scientific proposal to the Food and Drug Administration and be approved based on the “scientific validity and ethical soundness” of the project. After jumping this hurdle, the study must also be approved by the Public Health Service board, and only then would the researchers be granted a cannabis permit from the Drug Enforcement Administration and receive a portion of government-grown cannabis from the National Institute on Drug Abuse, which controls the only legal, federally-grown cannabis in the United States for research purposes.

With this step towards increased accessibility for research and study of cannabis, we can only hope that medicinal and restorative data will do nothing but further assist with the groundwave of the cannabis legalization movement into the future.

Learn about all this exciting announcement today!

The Ganja Roots of JamaicaHistory, Updates 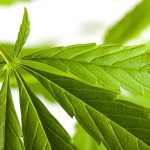