As we move deeper into the 21st century, cannabis legalization and decriminalization is beginning to take hold throughout select pockets of North America.

Within the last few years, pot smokers have seen a number of US States turn completely legal, while our neighbors to the North and South begin to transition into more relaxed cannabis legislation. In Canada, new Prime Minister Justin Trudeau promises to get start on the issue of cannabis reform “Right Away”, while Mexico’s highest court declared that the illegality of cannabis is highly unconstitutional.

As the truth behind marijuana finally begins to emerge, more and more North Americans are echoing support for legalization efforts.

Via the full article on Marijuana.com:

For lifelong stoners this news is music to our ears….but the fight is not yet won! Be sure to support and vote in your communities to expand the continued exoneration of cannabis.

For a full breakdown on changing demographics in the fight for the legalization of marijuana, head on over to the full article on Marijuana.com. 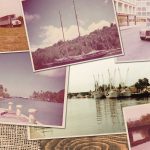 The Outpost is Back in BusinessUpdates 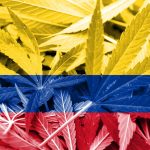