First and foremost, make sure you get out and vote in November!

This election cycle is the most important of our lives, especially as stoners.

We here at Ganja Outpost have been at the front-lines of this senseless war for decades.

The only way forward is to know the issues and take action to get out there and VOTE for the herb!

The 2016 election is the biggest election in the history of cannabis policy in the United States. There are ten states voting on recreational or medical cannabis legalization.

California, Arizona, Nevada, Maine, and Massachusetts are voting on recreational cannabis legalization. Michigan has a legal challenge pending to try to get on the ballot in November, but unfortunately time is running out as Election Day draws closer. 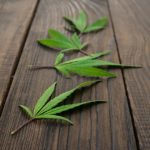 More than ever, NORML is fighting for your Cannabis RightsLegalization, Recreation