In the late sixities Hash was a seldom-seen delicacy for young heads. In this story, Skip outlines his initial run-in with pure Moroccan hash and the brave young men who were among the first to undertake the dangerous journey to Morocco’s Atlas mountains and its supply of bricks of hashish.

Who Has Some Hash?

Almost all of my friends were either surfers or fishermen. Everyone on the beach became a close knit family of like-minded, ocean-oriented individuals. This lifestyle created an intense degree of credibility among our select few. Our small group of surfers and fishermen began to trust one another in all kinds of situations, from school and family life to catching barrels and scoring chicks. As marijuana was introduced into our scene, the bond that we had fostered for years on the beach intensified in all aspects of our young lives.

At the time, good pot was hard to find in our little beach town. Most of the reefer that was readily available was low-quality Mexican dirt-weed. The stuff hardly resembled what we have come to think of as bud today. It was dark brown, dry as sand, full of seeds and almost always so compressed that it was difficult to break the actual bud away from the stem of the cannabis plant. The existence of seeds in the bud was so prevalent that joints became somewhat explosive at times. As a joint was passed around our group it wasn’t uncommon for some unlucky soul to be confronted with a heated seed exploding out of the joint, burning a hole in the nearest piece of clothing or car seat that happened to be in the way of the falling ember.

As I got older, a job became a necessity for a young High School student. I was beginning to realize that free time, hanging around the beach and looking for my next “lid” was starting to leave a bit of a hole in my pocket. I knew that a bunch of friends of mine had found jobs at the local “Holiday Inn” as busboys and I followed their lead, quickly fitting in with all the young kids around my age working in the dining room.

One of the waiters that I befriended in the restaurant was Jeff Cash. Jeff was older than me, and had recently graduated from the University of Pennsylvania. He had moved down south with his younger Brother, and had picked up a job at the restaurant with some of his fellow graduates as a way to live the beach life and pick-up tourist chicks. 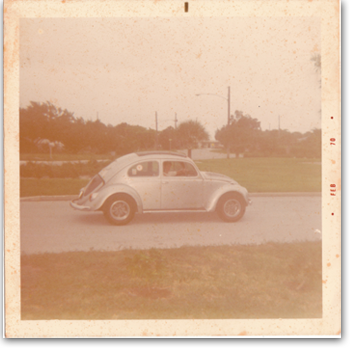 Skip’s first wheels on the beach!

As I worked more and more at the Holiday Inn, I got to know a bunch of Jeff’s friends and eventually met Jeff’s younger brother Barry, who was working with me as a busboy. Barry was about my age, and fit right in with me and my friends around the beach. Even though he wasn’t a surfer or a fisherman, he was one of us. When he displayed numerous acts of loyalty through experiences with pot, he was quickly accepted into our circle of “heads”. When we surfed, Barry would spend his time focusing on the girls on the beach, doing his best to scare up company for the evening’s fun.

With the arrival of Jeff and Barry came a welcome and unexpected addition to the cannabis scene in our small community. Before Barry, I had never seen hashish. I didn’t even know it existed. But somehow, Barry always had a fresh stream of good hash on hand to expand our minds.

One afternoon, when the surf was flat and my personal stash was running low, I decided to go see if Barry had any good smoke, or perhaps hash on hand. Since his place was a good distance away from my house on the beach, I drove into Barry’s to scare up a little adventure. Pulling up to his house, I was reminded of my days living away from the beach. The home was a one level, old-style Florida design, complete with a yard full of overgrown, unkempt sandspurs, which inevitably found their way onto my jeans and into the soft parts of my feet.

My hand knocked heavy on the door as I waited for someone to answer.

“Hey Skip, how’s it going man. Good to see ya.” Barry welcomed me as he ushered me quickly inside.

The house was full of dark, thick smoke as I entered. It was such a pleasant smell for me as I realized that good reefer was close at hand. In the living room, a small collective of guys and girls sat around a large hookah pipe. The space was sparsely decorated save a few mattresses lying about randomly. Within no time, Jeff recognized me and hurried me over to his side.

“How’s it going Skip?” Jeff asked. “Man have I got a treat for you.” Jeff’s face lit up as he cleared an area for me to sit down.

As I took a seat on the floor, I watched Jeff reach into a small burlap bag and pull out a small brick. The pancake was about four by six inches and about an inch thick, the color of dark mocha, looking a little bit like a brownie. Casually, Jeff broke off a small portion of the hash, removing the cap from the top of the hookah and packing it full with fragments from the brick. Next thing I knew, I was handed one tentacle of the octopus-like hookah arm and the hashish was exposed to someone’s lighter. I began inhaling from the hookah’s tentacle as sweet, potent smoke filled my lungs and sent me into an instantaneous state of hashish induced bliss.

Needless to say, I started spending more and more time at Jeff & Barry’s place. Between the good hash, pretty girls and competitive games of spades on the living room floor, the house was a teenager’s after school and work paradise. When the surf was flat or we weren’t out in our boats, it was almost a guarantee that I would be found at the Hash House.

As hanging out with Barry increased in frequency, I began to recognize some familiar patterns. One of the guys that regularly lived at the house was always gone in a rotating pattern. They would disappear for a few weeks and then return, only to have a fresh stash of hashish to share with everyone. In my mind, I figured that the guys were driving back home to Pennsylvania, getting hashish from some mystery man, and then driving back down south.

One particular afternoon, Barry and I were rummaging around Jeff’s room looking for some smoke when I came across a bizarre photograph. As I looked closer at the details of the picture, I realized that the photo was of Jeff. It was hard at first to recognize that it was Barry’s brother, as he was dressed in a long, vibrantly colored robe. In the background, a distinct mountainous terrain carried on to the edges of the photo, mingling with the clouds in the upper altitudes. Near Jeff, a mule stood with its packs stuffed to the brim and a man whose skin looked more weather-beaten than the donkey’s leather stirrups held the donkey’s reigns. Jeff was standing with smile from ear to ear, his arms laden with the same flat, rectangular pancakes of hashish that I had come to know and love from visiting with the brothers.

Atlas Mountains in the Distance

“Hey Barry,” I asked, “What is this picture all about?” Fully aware of what the picture detailed but curious as to an explanation.

“Let me see that…” Barry responded, as he grabbed the picture from my hand.

“Oh yeah, that’s Jeff in Morocco, and those are Kilos of Hash.” Barry told me, quickly as a matter of fact.

My suspicions were confirmed. Jeff and his friends were indeed the Hash Brothers.

Read more in our next episode of Skip’s Smugglers Tales… 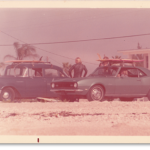 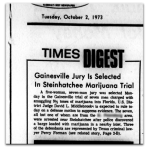