The Crew  at Ganja Outpost are stoked to have the team at Herb.co feature an article about the boys of the Cannabis Crew.

We look forward to collaborating with Herb.co on the telling of the history of the original Caribbean Cannabis Smugglers.

The first of our on-going tale is on line now at Herb.co.

This first piece features an updated version of our “Alligator Bag” Story and provides a brief overview of the Cannabis Crew. In this first episode, the boys tell of coming back into Palm Beach from Grand Cayman and get caught with a joint of ” Green Angel” marijuana.

This segment will be followed  by another adventure of the Cannabis Crew in February, please stay tuned to Herb for more information.

Today’s cannabis environment is filled with large-scale greenhouses, indoor hydroponics, online delivery services, and investment backing from multinational giants. Four decades ago, the cannabis trade was a different world. In this collaborative project between Ganja Outpost and HERB, former smuggler Skip Steele shares the story of the Cannabis Crew. Here’s how a group of guys flooded the US market with over 900,000 pounds of Columbian cannabis and changed the cannabis landscape forever.

Skip Steele and the crew fly in 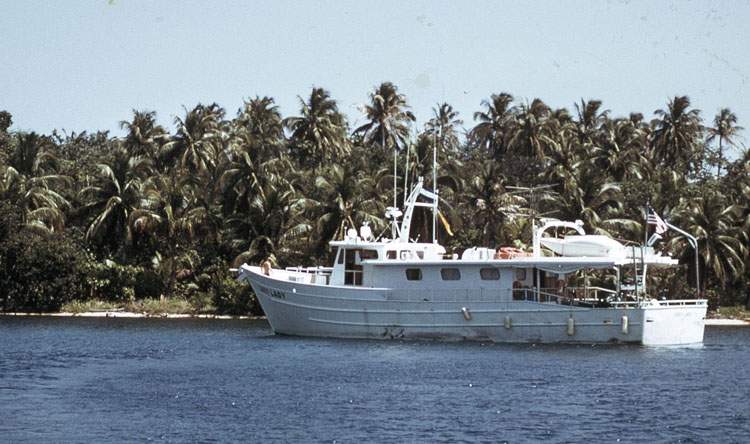 “November three zero four nine Lima, to Cuban Ground control, over.” Will spoke into the mic of the Cessna 310.

“Cuban Ground, go ahead Captain,” was the reply, in broken English and fading across the dash mounted radio.

“We’re approaching your airspace to transit the Heron Corridor, inbound from Grand Cayman,” Will replied.

“Squawk 964, over,” was the reply from the Cuban Ground Control, instructing us to switch radio frequencies.

“Squawking 964”, Will repeated. To the Northwest, the Sun peeked through impressive clouds over the Gulf of Mexico and beyond, as the trusty Cessna winged its way effortlessly across the Northern Caribbean.

The silence was broken by crackling static, “Roger Captain, we have you, maintain 10,000; you are cleared thru Heron Corridor, over.” Cuban Ground control answered, approving our transit across the beautiful island of Cuba.

“Maintaining 10,000, thank you ground, over.” Will signed off and casually drifted back into his Captain’s seat, adjusting his wristwatch to note the time while settling in for the remainder of the flight.

Will Knox was an impressive figure; in total control of his airplane and filled to capacity with the confidence that 217 missions over Vietnam instills in a pilot.  His striking eyes darted from instrument to instrument as he guided the airplane to a gentle cruise over Cuba.

Herb.co is the on-line source for everything Cannabis.  Check out the full article here… 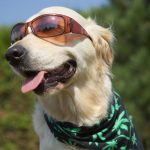 10 Cannabis-Inspired Gifts For Your PetsRecreation 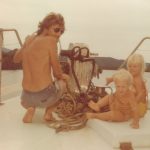