In this episode, Skip meets Will Knox, a critical player in what will become Skip’s Cannabis Crew in the 70’s & 80’s, for the first time.

A summer in the southern latitudes is a unique experience. For many people who have never lived through the entire doldrums of the mid-summer’s months in these locales, the heat is tough to survive. The humidity is probably best described as a blanket; a thick woolen cover that creeps in just after sunrise and lasts until well after the first cricket has begun to explore its prelude to the evening’s chorus.

During the mid-day hours, the combination of the hot tropical sun and feverish humidity meld together to create a wall of heat. This wall, when encountered from another environment, such as the comfort of an air conditioned house, has the tendency to create startling effects for anyone not accustomed to the tropical malaise. However, when you are born and raised in the south, the body develops a way to flourish in the constant state of humid shock. In fact, at seven years of age, a good game of catch with a baseball is enough to illicit hours of sweat and exhaustion in that thick southern heat.

“Move back some more Billy!” I yelled to my friend Billy, “I want to see if I can throw it past those two garbage cans”.

It was a typical summer day for two seven year old best friends. Like every young kid growing up in the United States in the late 1950’s, each game of catch with ball and glove turned into an all out adventure with World Series aspirations. Billy was always Roger Maris and I, well, I was always Mickey Mantle. Between the two of us, we could crush any opposition that came into our reality, even if it was only the odd passing car, or neighborhood dog. The games went on for hours in the summertime. Each one of us would try to outdo the other with the distance, speed and intensity of our pitch. With school on summer break, every morning was a chance for a new adventure spiced up with a little seven year old mischief. 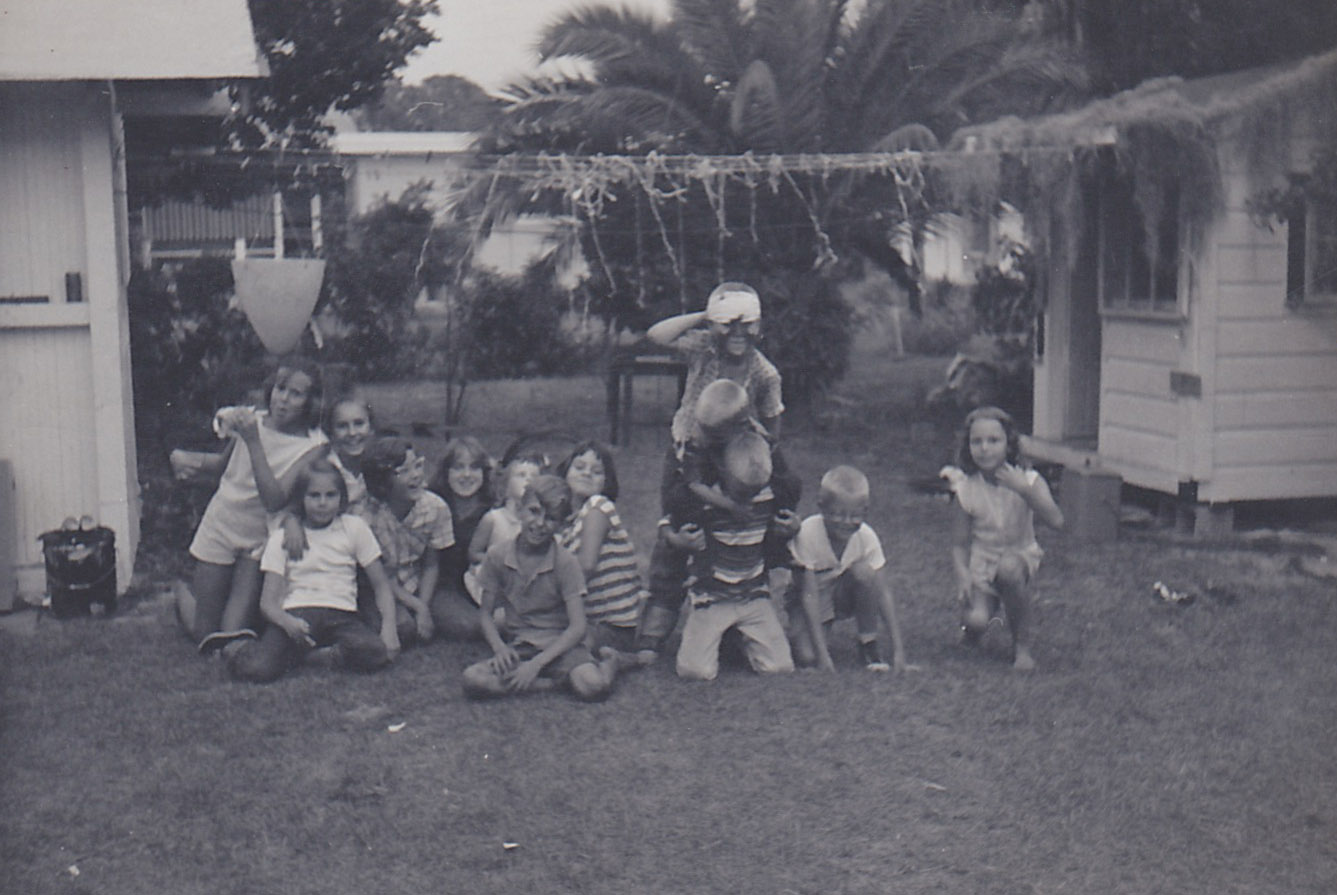 The town I was born and raised in was a unique blend of small town America and sleepy fishing village in the late 1950’s. My family lived close the beach, the marinas, and the fishing community, which captivated me from a very early age.

Billy and I initially became best friends in order to survive the ruthless attacks of the neighborhood bully, Mark Spencer.

Most days during the school year I would dread the completion of the day in class, watching with worry as the clock approached closer and closer to the final bell. After school, Billy Fair and I would meet up and begin the walk home from Elementary School to our houses on Beach Avenue.

The walk wasn’t long, but the immense sense of impending doom that came with each furthered footstep made the journey back to the safety of home intensely neurotic. Most times Mark would wait for us behind one of the local hedgerows. Surprise was always his most effective strategy. For some reason, Mark Spencer, like most bullies, was much bigger than both Billy and I. At seven years of age, his imposing strength was enough to make both of us cautious and fearful. Once the stage was set, and Mark Spencer sprung upon us, there were two distinct options: run or try to talk our way out.

Unfortunately for me, the second option always seemed to be my downfall. My best friend Billy would inevitably offer the use of his family’s pool to Mark in exchange for immunity and safe passage home, but even with my best efforts, the use of my baseball glove paled in comparison to the offer of the pool’s comfort and escape from the hot Southern Sun.

Luckily for both Billy and I, on this day we enjoyed the safety of our own homes as we dug deeper into our World Series Fantasies. As the day approached lunch time, the intensity of the mid-day sun had both of us physically exhausted. As the cicadas hummed their monotonous tune throughout many of the pine trees, the shaded curb just outside of my family’s home was the quickest form of relief. Luckily for both of us, the curb was protected from the intensity of the aggressive sun by a local oak tree. As we sat in the shade, gaining energy for another round of catch, we heard the front door of my house shut and looked up to see my older sister Sue coming towards us on the curb.

Sue was my oldest sister, about ten years my senior, and as she approached, we could both see that she was dressed to the nines for an important occasion. In proper fifties style, my sister was all set for the evening’s affairs. Her hair, a degree of natural auburn, was affixed in a fashion set by all the latest Hollywood trends. The beehive on her head was so pronounced that she looked as though she had just arrived from the hairstylist.

Much like my mother, Sue was petite with facial features that were stunning; deep, dark eyes that could stir even the most conservative soul. Even with the intensity of the heat, she was dressed in a long summer dress. The flower pattern and vines that connected each blossom trailed the bottom of the cream colored fabric while the underwear she wore created an impressive billowing effect on the top layer of the dress. Both Billy and I laughed as we commented on her look.

“Skip, your sister looks like a teapot!” exclaimed Billy.

Thunderous laughter ensued from both of us as we appreciated the impressive talent of our comedic genius. For two seven year old troublemakers, the simple joke was enough to have both of us bursting. As Sue approached, she could sense the laughter obviously directed in her vicinity.

“Oh nothing sis, where are you headed?” I replied.

“I’m off for a Hamburger and a Coke with my friend Will Knox, but don’t either of you pester him when he gets here, ok?” Sue responded with a disapproving look on her face.

“Ok sis, we will try to keep it together.” I said simply.

I knew that Will was my sister’s new boyfriend and I could tell from her look that she did not want her younger brother saying anything at all that could have possibly endangered her new found friendship with the young man. Will was the new guy in my sister’s life, and I could tell that there was something special about this guy from the way that she talked about him around the house.

For a couple of seven year old boys, the coolest part about Will was his impressive car, a 1955 Chevy, Bel Air Coupe. The car was a young boy’s dream. All of the local kids had a picture of it or another closely related model hanging on their bedroom walls. The car was in every movie coming out of Hollywood at the time, and for young boys the thought of it rounding the corner of the neighborhood was enough to entice us to sit out in the hot sun for at least a few more minutes before heading inside the house for some of mom’s sweet summertime lemonade.

What both of us really wanted was a ride in that beautiful machine. For weeks I had day-dreamed of a ride knowing that my sister was seeing the guy that I had seen driving around town in the new Bel Air. I was hoping that today would be the day that I would finally have my dream realized.

“When is he going to be here?” I asked my sister impatiently.

“Right now.” My sister plainly pointed out as a beautiful blue Chevy rolled casually around the corner.

I had been so caught up in wondering when Will would arrive that I had become preoccupied with the rocks at my feet. In my loss of attention I had almost missed the fact that my dream car was beginning its approach to our house as it slowly crept into our driveway.

The Bel Air was truly a thing of beauty. The midday reflected streams of poignant sunlight off of the fresh royal blue and cream paint with poetic splendor. The chrome Chevy grill in the front almost spoke to me as the car approached. It seemed to be inviting me into its greatness. As the car approached, I could clearly make out Will in the driver’s seat turning the big steering wheel with ease to glide the dream into our driveway. The white sidewalls of the new tires glistened with majestic glory that only the innocence of a seven year old boy can conjure and appreciate.

Once parked, Will leapt out of the Bel Air and approached both Billy and me.

“Hi there boys! I’m Will, what’s your names?” Will confidently declared, clearing the front of the car to make his way to where we stood.

He quickly shook both of our hands and patted us on the back as he effortlessly glided around the car to embrace my sister and open the passenger door for her.

“That’s my brother Skip and his friend Billy.” Sue casually introduced us two boys as she lifted up the bottoms of the dress to situate herself in Will’s car.

“They are both in love with your car Will, I’m pretty sure that is why they are still here” my sister explained.

“Well if that’s the case,” exclaimed Will without losing a step, “if you boys are here when your sister and I get back then maybe I can take you both out for a ride.”

Anticipation struck both Billy and I stronger than the midday sun…

“That’s my dream car!” I excitedly told him, “We will be waiting right here when you get back!”

The series of events that unfolded were all that a seven year old boy could dream of outside that day in the midsummer’s heat. In retrospect, little did I know that this simple meeting with Will would be the beginning of a life intertwined together into untold adventure. During the next thirty years, Will and I would become closer than even natural born brothers. The adventures that would shape our destinies were to become those that are far beyond even the scope of legend. Together, our lives would be drawn into unlimited intrigue, adventure, wealth, suspense and tragedy that pushed the limits of belief and reality.

This begins the story of the Cannabis Crew. A collection of middle-class born and breed boys who would become, thanks to certain twists of fate, some of the largest Marijuana Smugglers in history. This is a true account of the twist and turns of a life of adventure in the early days of the original cannabis entrepreneurs during the decade of the 1970’s.

These writings and this website are dedicated to Will. My hero, my brother, my teacher and most of all my best friend. I miss you brother. 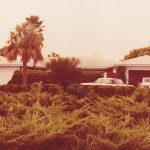